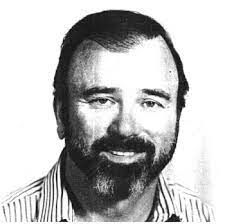 The following post is based on one of the late Gary Halbert’s letters and is about personalisation.

Most of us know that using personalisation in your email copy, or subject line helps draw people’s attention to your email in a crowded inbox. If you didn’t, well you have just learnt something! It works in a crowded inbox because people easily spot their own name and it look like a personal message.

Gary’s take on adding a prospects name to a headline, was because it basically plays on people’s vanity, The first example is a bit shocking and probably not recommended!

From here onwards the words are Gary Halbert’s, I added ‘post-it note’ comments

You Call Him By Name!

And, if you want someone riveted to your sales letters, hook up with some outfit that can do Admark or laser printing (or else use your word processor) and put your reader’s name in a headline printed at the top of the sales letter you send him. Like this:

Easy to do in an email, in any marketing automation software we can just user the personalisation tags in the body of the email (Most of us just use in the subject line and not in the body, and not in a headline!

The first example is a bit shocking and probably not recommended!

Bill Bonner Fails To Hire The
Prince Of Print And Loses Millions!

This is a FOMO – Fear Of Missing Out angle with a kind of a future self / advice from the future play, what could happen if you don’t do ‘this thing’.

This is similar, in reverse, it creates the feeling of FOMO, but with a possible future success twist, again future/ what could happen but if you do ‘this thing’.

Alicia Evans Expresses Astonishment
At Seeing Her Name In Newsletter
Written By Demented Nerd From Ohio!

And so on. What I have just described is the ultimate way to get attention in a sales letter. No one, not even someone as blase` as Feeney Griffith, will fail to perk up at seeing his or her name in print, especially if it’s unexpected.

Of course, we can’t always use our prospects’ names in our headlines so, what are some other good ideas? Here are three of the most powerful:

Here are some good words to use in headlines.

Halbert advises some words I just put them in a list…

And so on. Now, here’s a headline that combines both news value and the promise of a benefit:

There’s much to be learned in the 13 words above.

At Last!: Boy, that sure suggests something we’ve been waiting for has finally happened, doesn’t it? Goody! Goody!

Scientists: Yeah! Not just anybody; not some know nothing bag lady living in the streets; not some ad man or copywriter. No. No. We’re talking about a select, objective, hard-headed, analytical, totally honest group of folks who validate our headline.

Discover: Wow! It seems to connotate research laboratories and maybe a scientific breakthrough.

To Look Younger: Ah, who is there among us over the age of 30 that wouldn’t welcome the achieving of this almost universally-sought after benefit?

In Just 17-Days!: More validation because it’s so specific. Claude Hopkins said it, “Generalities fall off your readers like water off a duck’s back.” Or something like that. Anyway, the specificity of 17-Days makes our headline more believable, more easily understood and somehow, more interesting. And, more real.

Putting a timeline to it really does help make things believable or achievable, rather than ‘lose weight fast’ – ‘Drop 10kg in 6 months’ carries more meaning

How important are headlines? I’m glad you asked. Some pundits say the headline accounts for 80% of the success of the ad. I, myself, have re-headlined ads and increased their pull by 475%. I have a client who pays me $195,000 per year to write headlines. Headlines are where I spend more creative effort than any other aspect of my work.

There you have it – the importance of Headlines – Good headlines are crucial.

This website uses cookies to improve your experience while you navigate through the website. Out of these, the cookies that are categorized as necessary are stored on your browser as they are essential for the working of basic functionalities of the website. We also use third-party cookies that help us analyze and understand how you use this website. These cookies will be stored in your browser only with your consent. You also have the option to opt-out of these cookies. But opting out of some of these cookies may affect your browsing experience.
Necessary Always Enabled
Necessary cookies are absolutely essential for the website to function properly. These cookies ensure basic functionalities and security features of the website, anonymously.
Functional
Functional cookies help to perform certain functionalities like sharing the content of the website on social media platforms, collect feedbacks, and other third-party features.
Performance
Performance cookies are used to understand and analyze the key performance indexes of the website which helps in delivering a better user experience for the visitors.
Analytics
Analytical cookies are used to understand how visitors interact with the website. These cookies help provide information on metrics the number of visitors, bounce rate, traffic source, etc.
Advertisement
Advertisement cookies are used to provide visitors with relevant ads and marketing campaigns. These cookies track visitors across websites and collect information to provide customized ads.
Others
Other uncategorized cookies are those that are being analyzed and have not been classified into a category as yet.
SAVE & ACCEPT