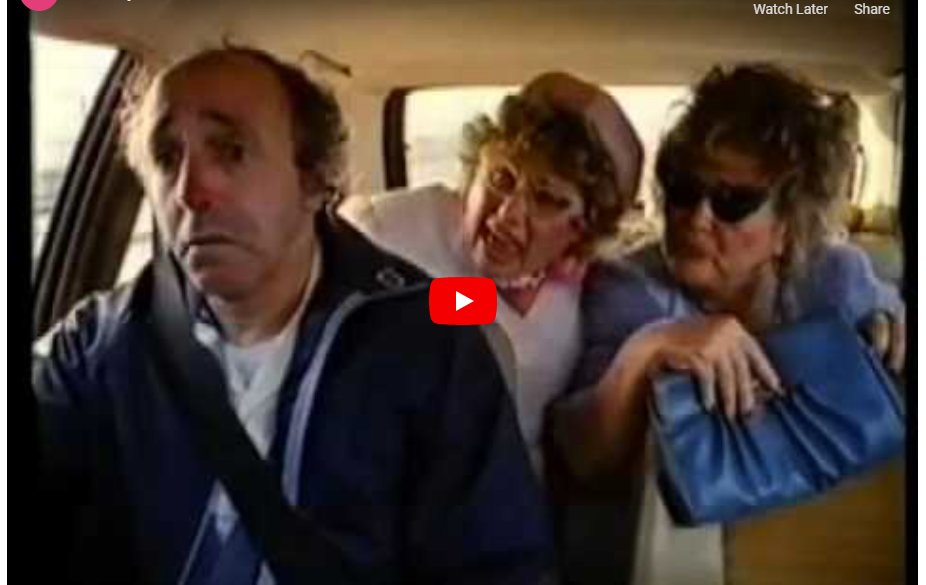 This weekend was my parent’s Golden Wedding Anniversary. On March 25th 1972, 50 Years ago, they were married. My sister held a garden party to celebrate and the weather was amazing. My father was able to retire aged 50, more than 20 years ago. And they enjoyed travelling around the world, right up until Covid then mum having a stroke (2 years ago) sadly but the brakes on their adventures.

But as you know, this blog is about marketing, so you are probably wondering how this is linked?

Well, one of my Father’s friends is an ex creative director at Collett Dickinson Pearce, and Saatchi & Saatchi, and I had the pleasure of talking to him again this weekend. I just love listening to the tales from the 80’s when TV adverts and billboards ruled the day. An era of Golden Adverts.

Anyone growing up in the 1980’s in the UK, is probably familiar with the Collett Dickinson Pearce, TV adverts for premium brands like Heinekin, Hamlet cigars, the AA – these are the ads my Dad’s friend worked on.

Stories about how Classic Adverts and slogans like “he’s a very nice man” (AA) come about, and Hamlet cigars injecting fun into the commercial break. How the creative teams, in their jeans and T-shirts were looked down on by the marketing men in their Armani suits, but were the ones really behind the genius of the times.

The highlight of this weekend’s conversations, which I hope I am allowed to share, was the story of the AA ads.

Now the AA’s official; slogan was “I know a man who can” and everyone at Saatchi felt it was a bit dull. They spent the day filming with an AA mobile technician. The concept is a car breakdown, obviously, and the henpecked son in law can’t fix it, but he “knows a man who can”. During the filming break, the creative director was talking to the actress and asked how she was. To which she replied, Yes I’ve been talking to him (the AA man) and she uttered the words “he’s a very nice man, He’s a very very nice man” That lit the spark and the camera crew were called over for filming, the creative director had an idea.. and so it was!

Apparently, the AA team were not convinced, they didn’t want to detract from the official slogan, but the team at Collett Dickinson Pearce knew they were on to a winner.

And they were right, ask anyone who remembers the Ads and it is likely no one remembers “I know a man who can”, – but more likely “HE’S A VERY NICE MAN”!

It went on to be the AA slogan than helped reposition the company and one they still use today!

Another Example is Hamlet cigars, “Happiness is a cigar called hamlet” was a long-running campaign – now I remember this ad – do you?

This is a genius TV advert, humorous… memorable… and doesn’t even have to show the product. The smoke is enough to send the message that the cigar is satisfying, even when everything is going wrong.

I remember this advert as a young child, with no interest in cigars, it was hilarious watching the unfortunate man with a comb-over try to get his passport photo taken.

This was an award-winning TV Advert was part of a long-running campaign and features Gregor Fisher – in the guise of his ‘Baldy Man’ character from TV’s Naked Video.

The ad was awarded the accolade of eighth-greatest television ad of all time by Channel 4 and Campaign named it as one of the top 10 funniest commercials of all time.

What a great conversation to have on a Saturday afternoon – it really was a pleasure, thank you!